Primarily due to its growing local network and research VA is well informed regarding Iranian civil society as well as civil society in other MENA countries. All our publications are downloadable and written in English.

In this document, Volunteer Activists and Civicus: World Alliance for Citizen Participation,  examine the Government of the Islamic Republic of Iran’s compliance with its international human rights obligations to create and maintain a safe and enabling environment for civil society. Specifically, we analyse Iran’s fulfilment of the rights to the freedoms of association, peaceful assembly and expression, and unwarranted restrictions on human rights defenders (HRDs) since its previous UPR examination in October 2014. To this end, we assess Iran’s implementation of recommendations received during the 2nd UPR cycle relating to these issues and provide follow-up recommendations.

Social Networking and Virtual Freedom of Association in Iran

Social Networking and Virtual Freedom of Association in Iran was conducted to explore the situation of virtual association and social networking in Iran.
It examines Iran’s digital climate, it’s cyber defense policies and political infighting over Iran’s cyberspace before concluding with a number of digital trends that can be observed.
The influence of social networking sites (SNSs) and messaging applications (MAs) with regard to Iranian civil activism and the usage of SNSs and MAs can also be found in the report, as well as the government attempts to control today’s usage. Finally the report analyzes how and why Iranian’s utilize digital circumvention tools.
PDF download

Digital (in)security in Iran was conducted to provide a deeper understanding of the difficult situation and constraints Iranian digital activists and civil society actors are faced with.
It presents the findings of a targeted and specially designed study for Iranian civil society organizations (CSOs) as well as social activists living and working in Iran.
The findings of this project identify the training, needs of CSOs and social activists in Iran, and the recommendations made are towards designing and compiling capacity building projects.
The Volunteer Activists Institute aspires to assist activists and CSOs in Iran by implementing plans for efficient capacity building, so that they can respond to the needs of their stakeholders, and contribute to the development and democratization of Iranian society and the Middle East region.
PDF download

Need and Capacity Assessment of Non-Governmental Organizations in Iran

Need and Capacity Assessment of Non-Governmental Organizations in Iran was conducted to illustrate the educational needs, current challenges and future struggles of NGOs in the context of Iranian society.
The research comprises two main components. The first section focuses on the educational needs, challenges and struggles of these NGOs.
The second section assesses the capacity and potential of these organizations in the following areas: organizational structure, management procedures, leadership and policy making strategies, human resources, financial management and mobilization of resources, systems and infrastructures, performance evaluation, monitoring strategies, and communication and external relations.
The main findings of this study identify areas in which NGOs need support, the major challenges and

problems they face, and the areas in which these NGOs need to build capacity.
PDF download

CIVIL SOCIETY IN IRAN AND ITS FUTURE PROSPECTS

It has now been four decades since civil society organizations entered the socio-political life of Iranian society after the 1979 Revolution. Throughout these years, and under the influence of the dominant discourse of each period as well as general conditions of the country, Iranian civil society has seen ebbs and flows. The 2013 Presidential election and inauguration of a new President opened a new window of opportunity for civil society after eight years of suppression and destruction. Social hope is returning to society, and socio-political forces are returning to the social arena. Civil activists are seeking to resuscitate demolished social networks and reconstruct Iranian civil society. The present study is a research project by Volunteer Activists Institute with the aim of recognizing and understanding Iranian civil society in recent years, its position in Iranian society, its restrictions and challenges, as well as its prospects.

A Call for Urgent Action: Freedom of Association and Assembly in Iran

Iranian authorities have long been pursuing a strategy to eradicate independent and authentic civic action. Civic space is shrinking at an alarming rate, and authorities use all means to spread and promote a phobia of civil society. Civil society activists, especially environmental activists, labor union and teacher union activists, as well as human rights defenders have been wrongfully persecuted. Eight environmental activists are sitting in prison on charges of espionage, four of whom are additionally charged with “sowing corruption on earth”. If convicted, they will face death penalty.

Restrictions and Violations of the Right to Freedom of Expression, Association and Assembly

Civil society in Iran is experiencing a disturbing and hazardous period. Over the years, Iranian authorities have adopted a repressive strategy that systematically attacks and undermines the independent civil society, a strategy that translates into numerous civil society activists being summoned, interrogated, detained and imprisoned on a regular basis. At the same time, in order to occupy the Iranian civic space, the government has accelerated its mission to develop and expand a parallel and contingent civil society, to both marginalize and silence voices of civic dissent, domestically and overseas.

This research is a case study of the main trends in Iran’s civic space and the restrictions imposed on it, with a focus on violations of the right to freedom of speech, association and peaceful assembly during the two terms of Hassan Rouhani’s presidency.

Appeal to Iran to Ratify ILO Conventions 87 and 98

Despite its longstanding membership in ILO, the Islamic Republic of Iran still has not ratified two of ILO’s most crucial conventions: no. 87 and 98 – which grant workers the right to freedom of association and collective bargaining respectively. This policy paper is a call for collective action by the international community to secure freedom of association for Iranian workers by putting pressure on Iran to finally ratify these two conventions. Although Iran has ratified only 14 ILO conventions out of a total of 1901, the ratification of conventions 87 and 98 is the most pressing issue. Iran’s domestic laws restrict free and independent association: according to clause four of chapter six in Iran’s current labor law, workplaces with more than ten workers can only form three types of workers’ associations.

The present paper provides a longitudinal situation analysis about the position of NGOs in Iran and respectively presents a set of strategies for policy makers and international donors concerning effective and riskless support for NGOs. The report firstly discusses the legal, political, and policy position of the Iranian NGOs majorly in two contemporary political periods, namely reformist administration (1997-2005) and conservative administration (2005-2013). Following that, the report also discusses the further securitization and militarization in Iran, which happened during 2013-2021) and explains how it has tightened the scope of activism for NGOs. The paper concludes that the current situation of civil society in Iran is extremely complicated as NGOs play their role in quite sectionized setting which is also becoming homogenized due to the authoritarian trends of the Islamic Republic. Because of the differences that are evident between different areas and levels of activism, policy makers and donor that seek supporting NGOs should definitely compile distinct categories of policies that account for the variation in the civil society and political regime of Iran, otherwise the supports would lead to unintended risks for NGOs, including security harassments, arrest, and judicial complaints.

How Can the International Community More Effectively Support the Iranian Labour Movement?

Iranian workers have been protesting at workplaces and going on strike to express their demands within different economic sectors of society. Despite seven years of consecutive protests across the country, their demands remain unmet and further protests seem inevitable. Workers’ protests frequently lack strategic outlook and effective organization and coordination. Furthermore, workers are not sufficiently creative in their advocacy, relying purely on demonstrations and strikes. They struggle to communicate and network effectively with other workers, let alone engage regulators and employers. Absent clear strategies to voice their demands and realize their goals, Iranian workers all too frequently rely on outdate approaches rather than build their own unique solutions’.

Call for urgent action: physical and mental health needs of children participating in the nationwide protests in Iran 2022

Iran has been the scene of uprisings against its government for many weeks now, which the Iranian government has sought to suppress with great force. Iranian teenagers are key victims in this process. To safeguard their physical and mental well-being as much as possible, it is imperative that international organizations start to offer support to these youngsters. This policy brief offers further details on the why and how. 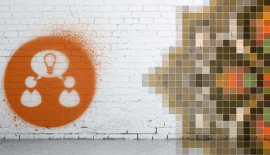